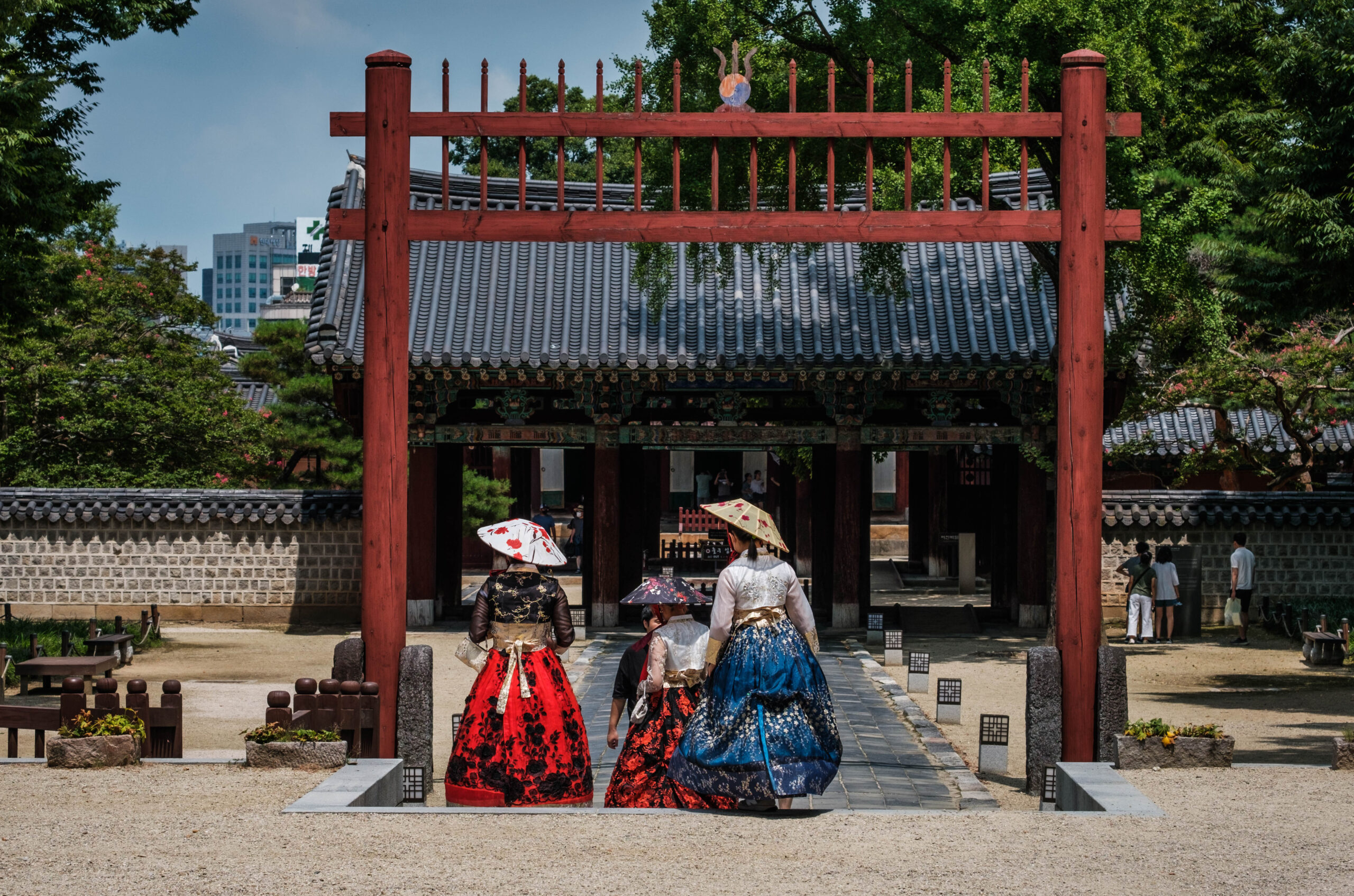 Before we left to Seoul, we went to Gyeonggijeon. This is a historical park in Jeonju. It has a historic shrine dedicated to the king Taejo. He was the founding ruler of the Joseon Dynasty. It looks like a small Hanok living area. They used to hold a lot of rituals here. We really got a clear picture of what it looked like.

After the shrine we went to the church that was close by. In some ways the church looked like the churches we know in The Netherlands but there are a few differences. Like the windows are smaller and the interieur build against the walls looked a little different. This church is a reminder of martyrs it has known. A couple of priest stoot up for their own believes and were killed because for it. This happened only 400 years ago.

We also walked past the Pungnammun Gate. This is one of the four gates used to enter Jeonju. It is nice to see and in the middle of a roundabout, but it was closed. 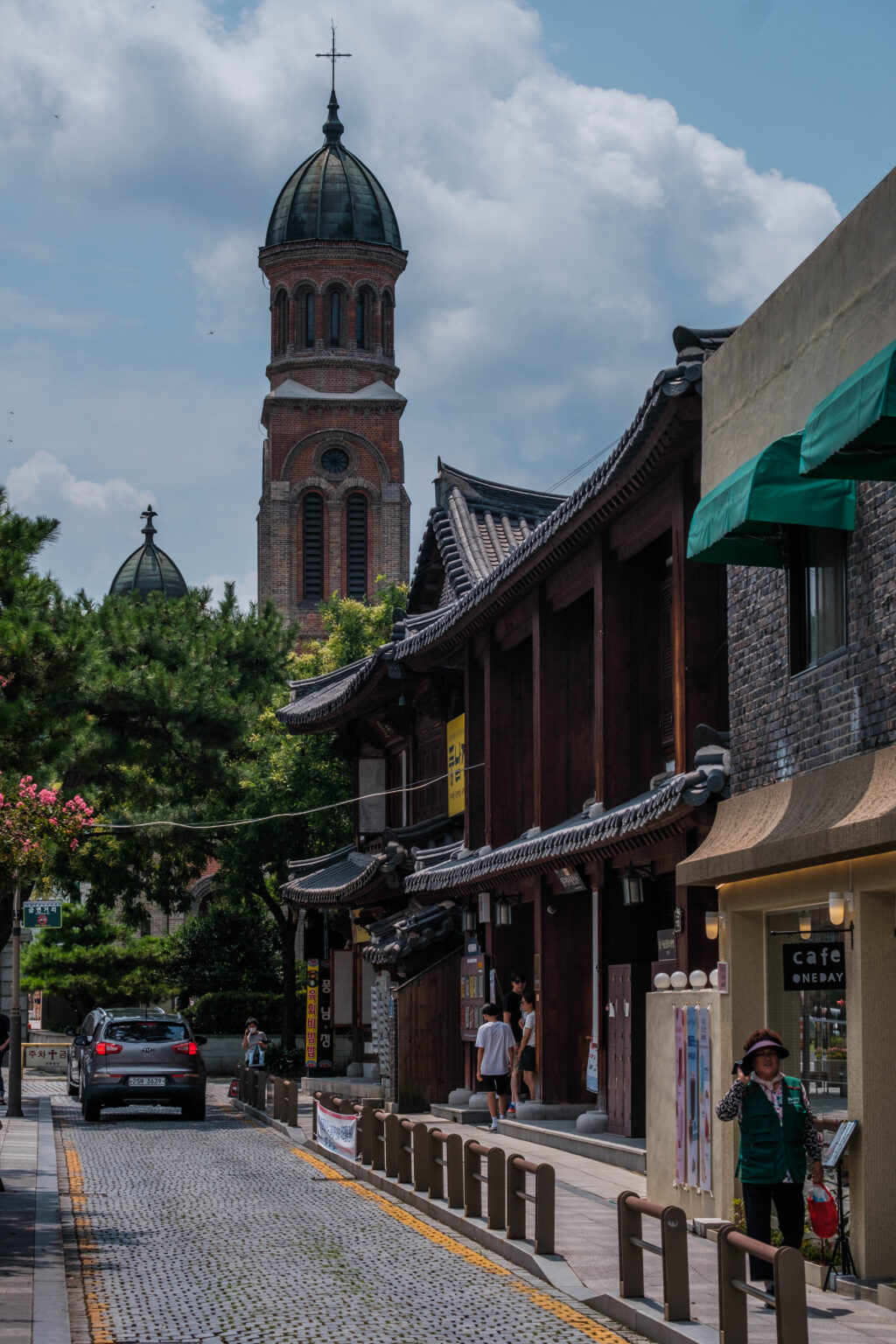 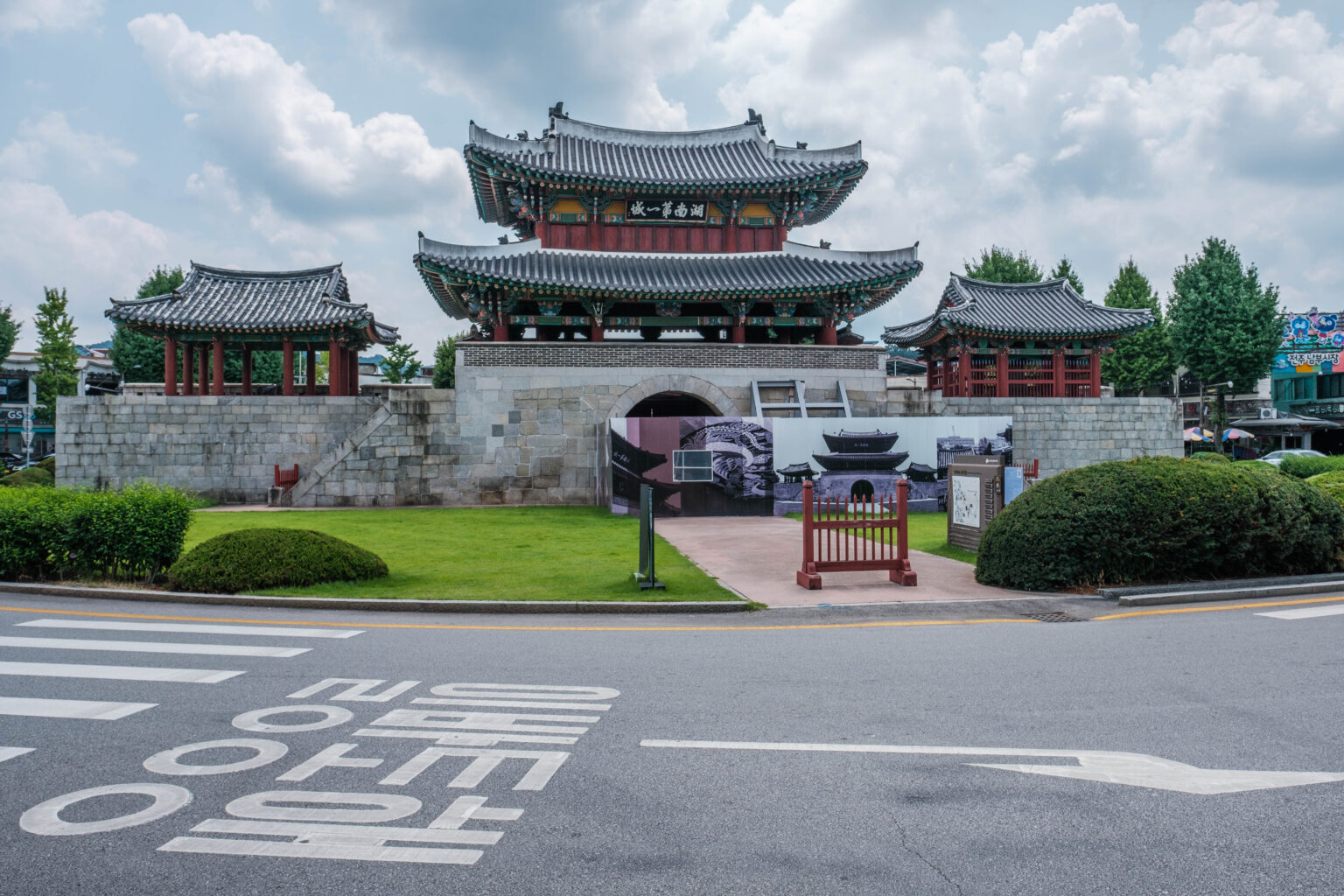 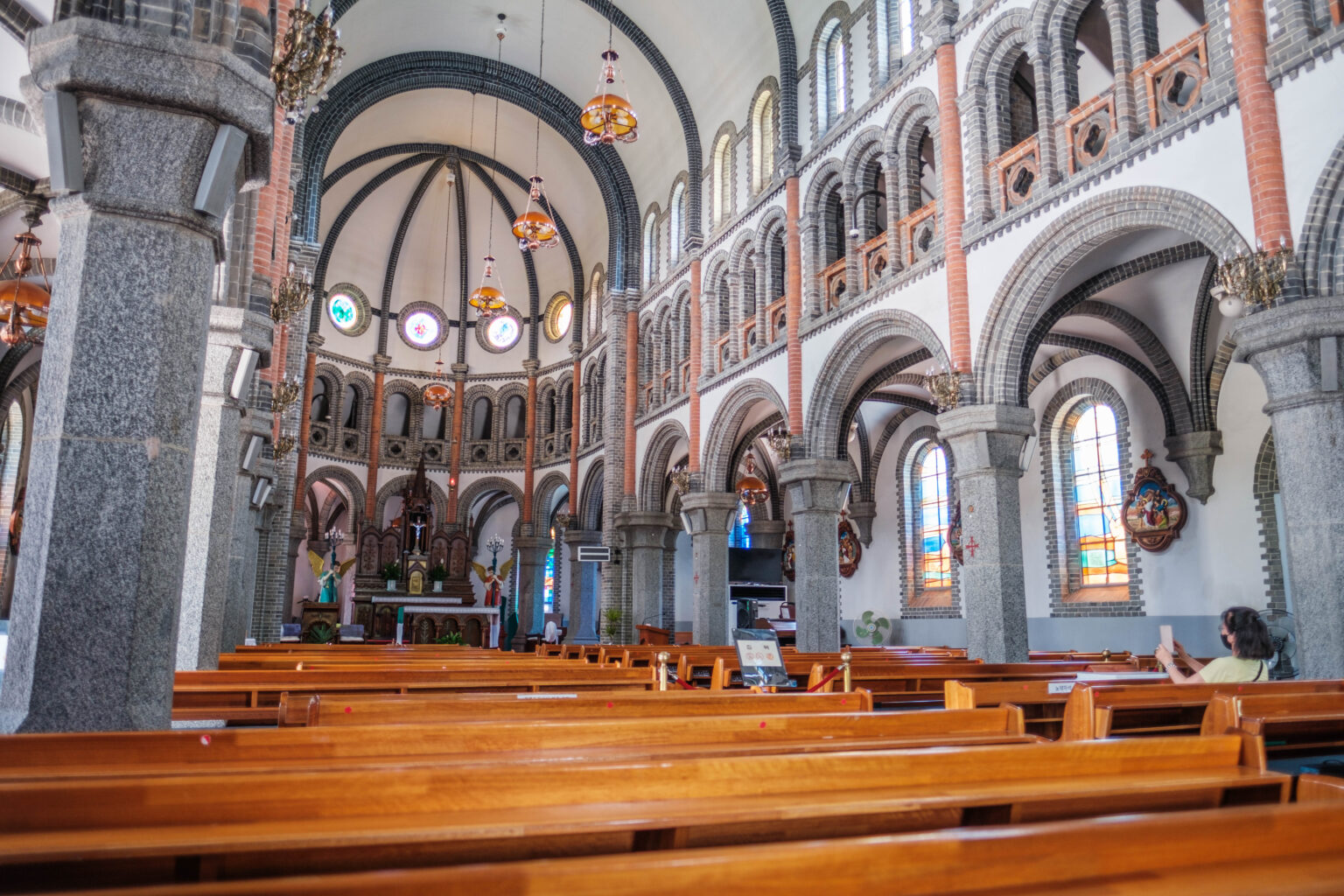 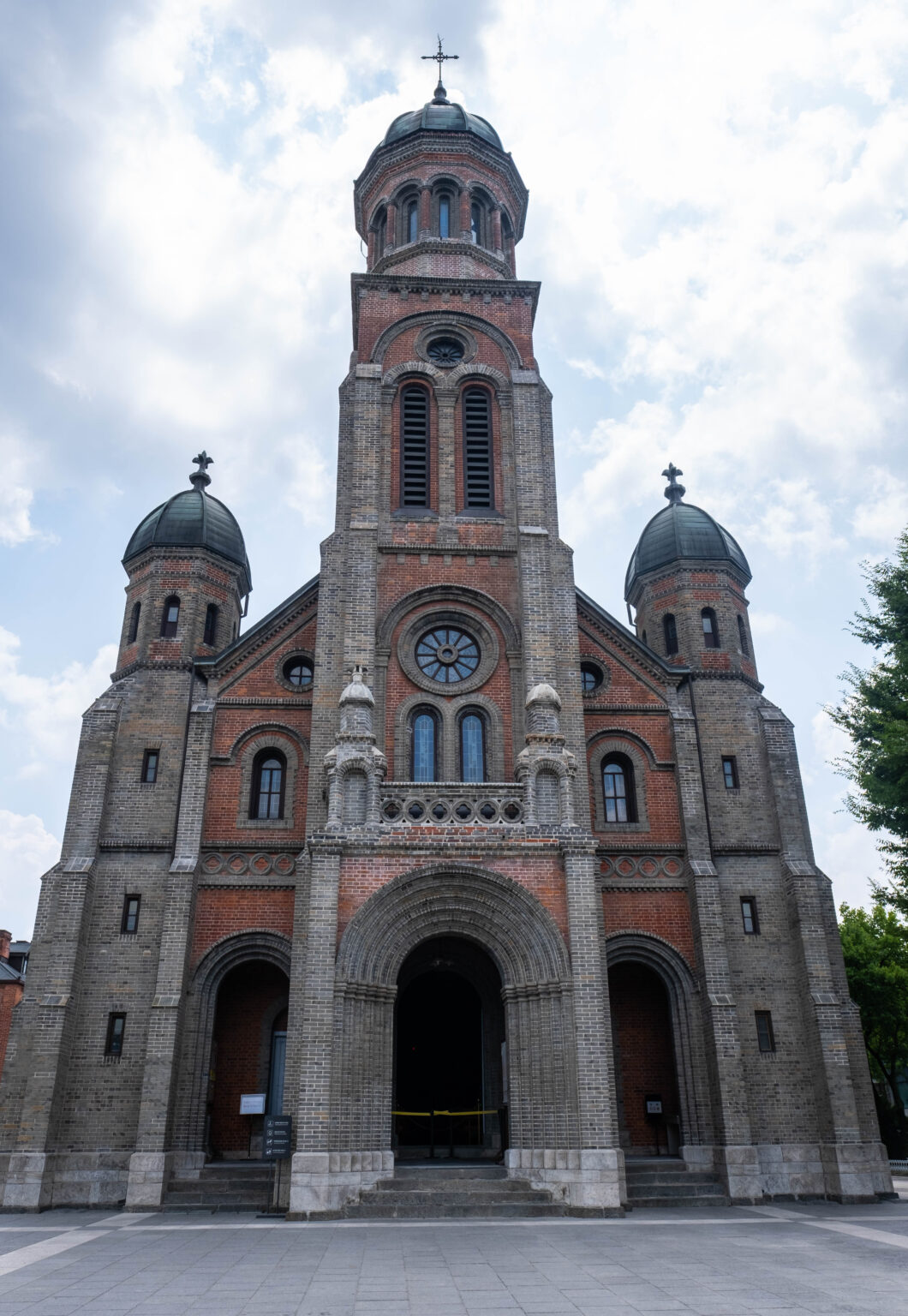 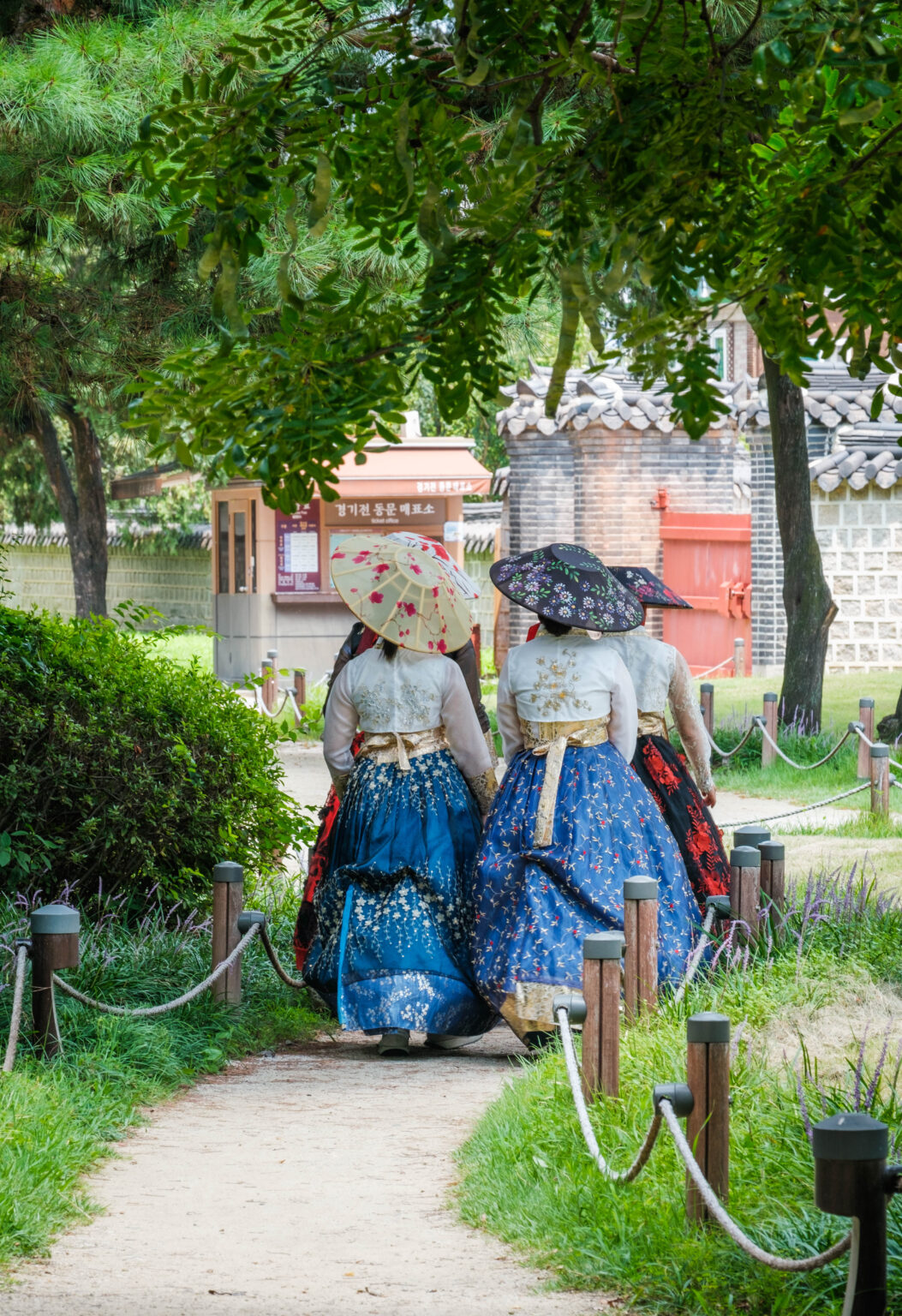 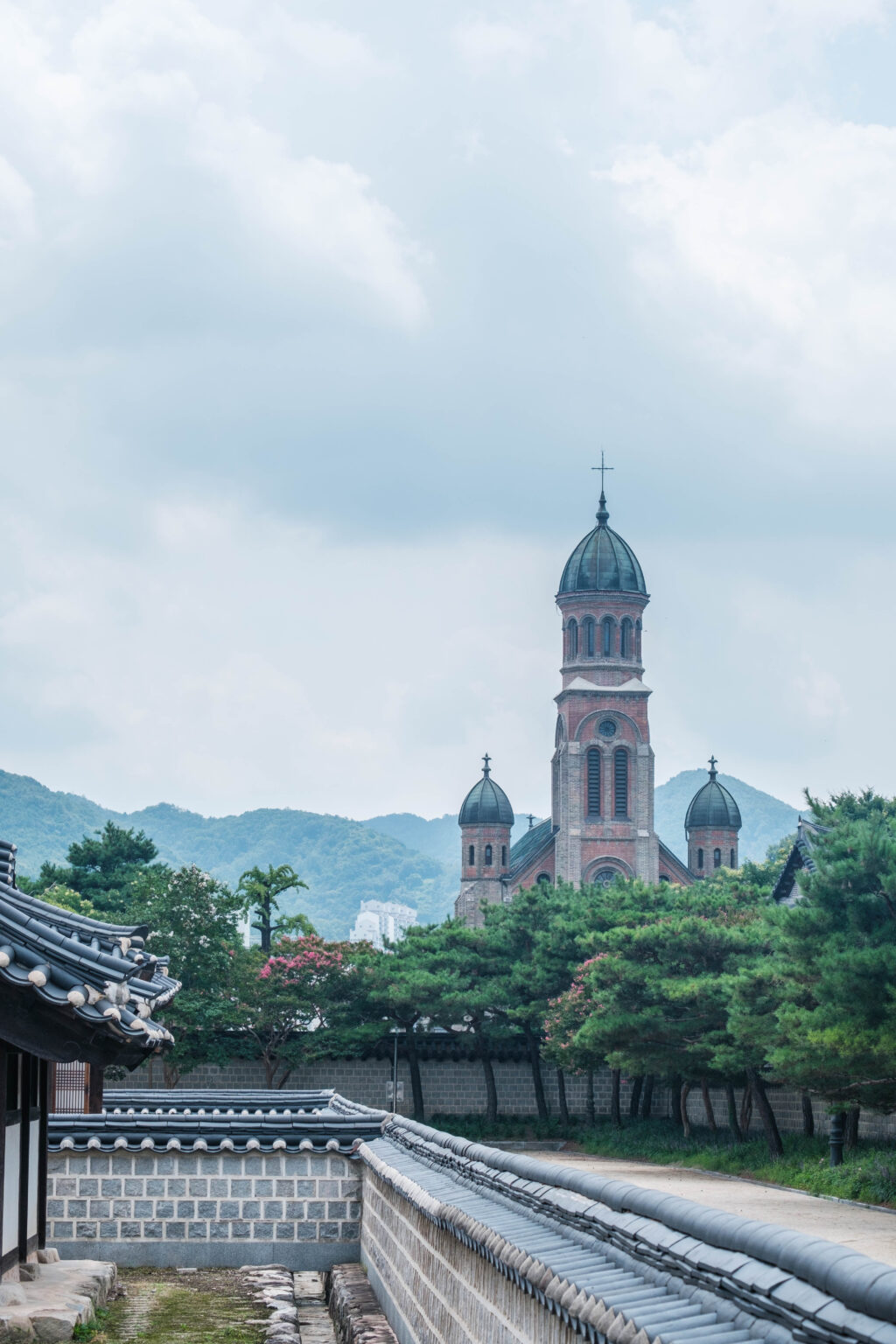 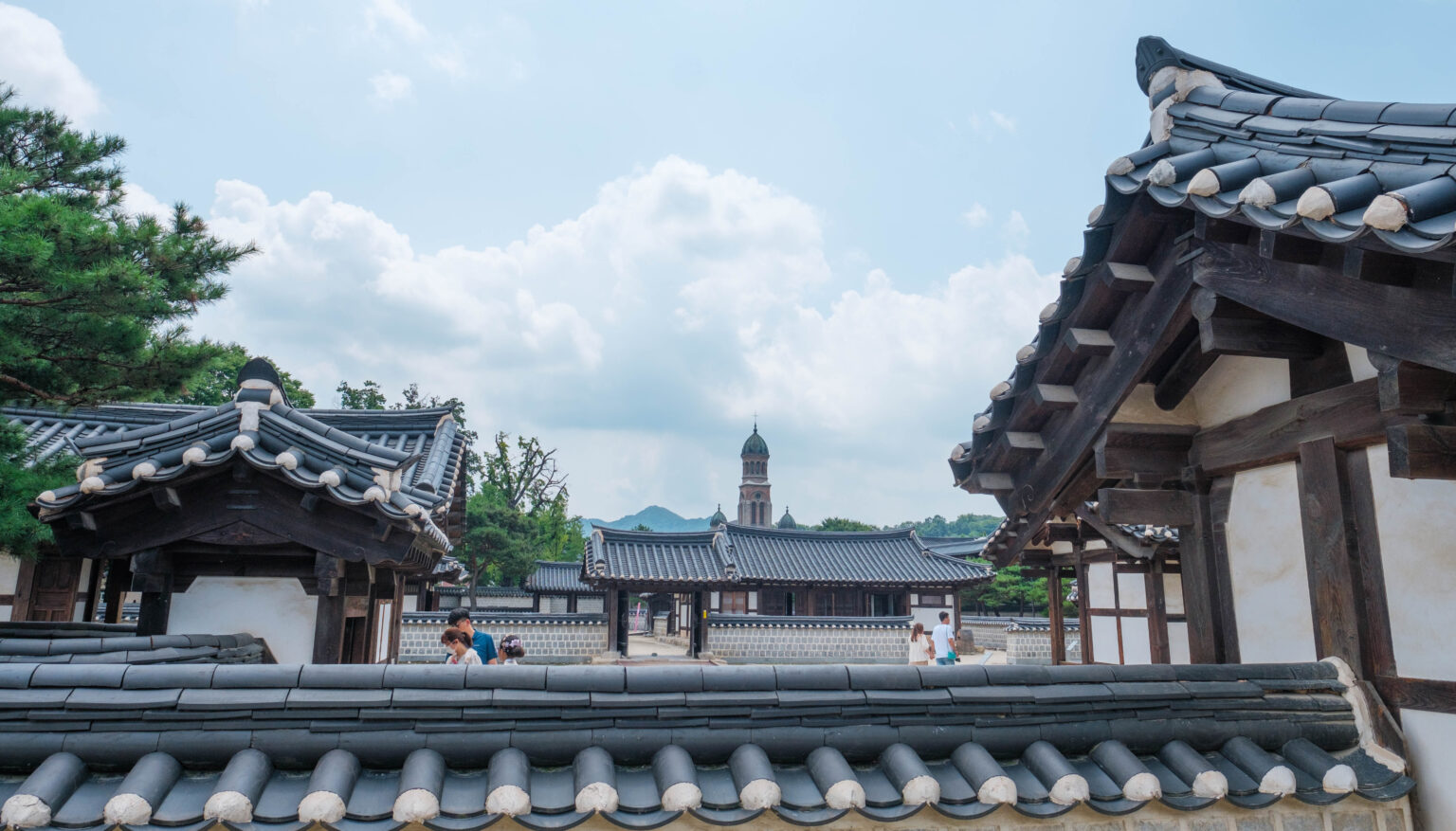 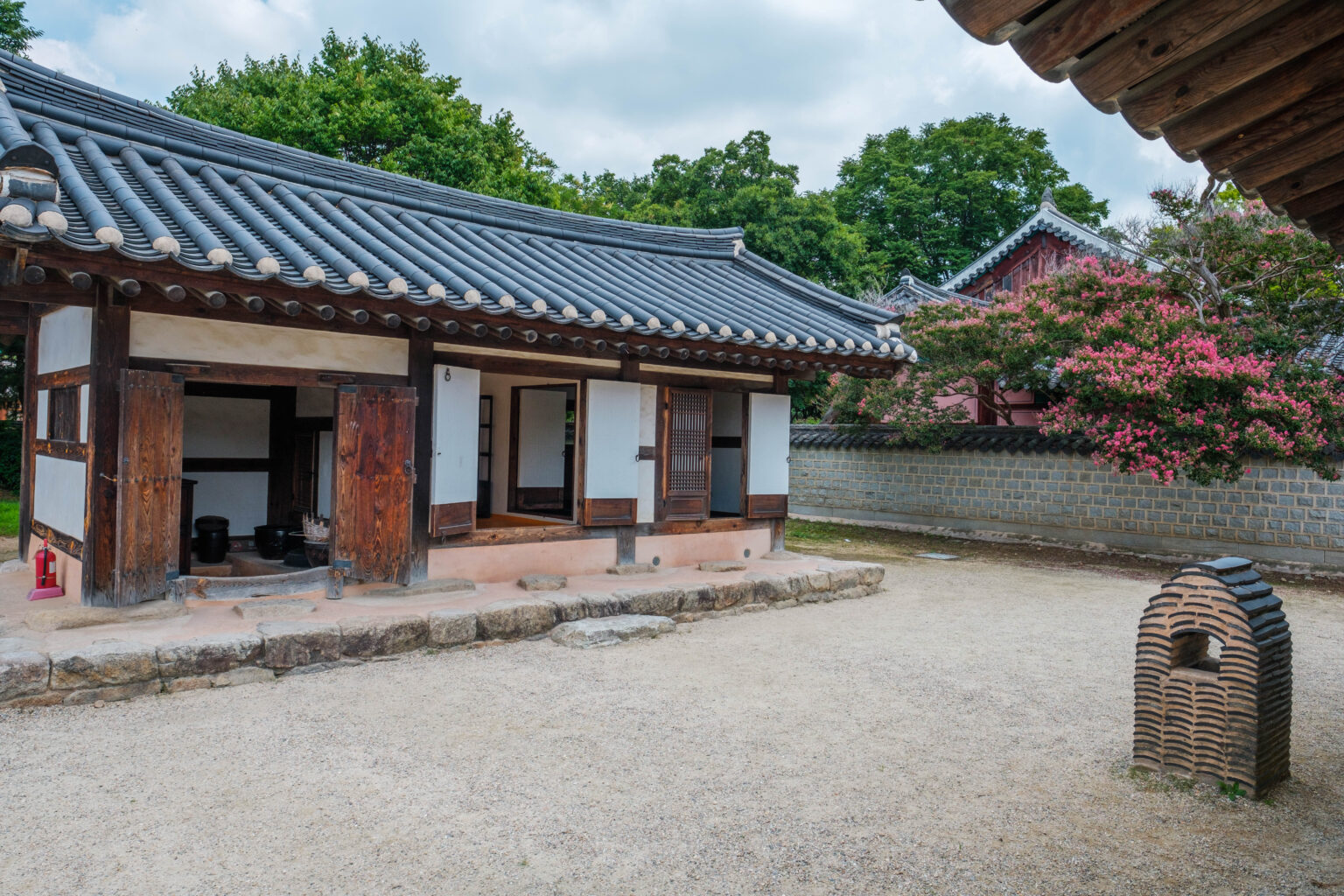 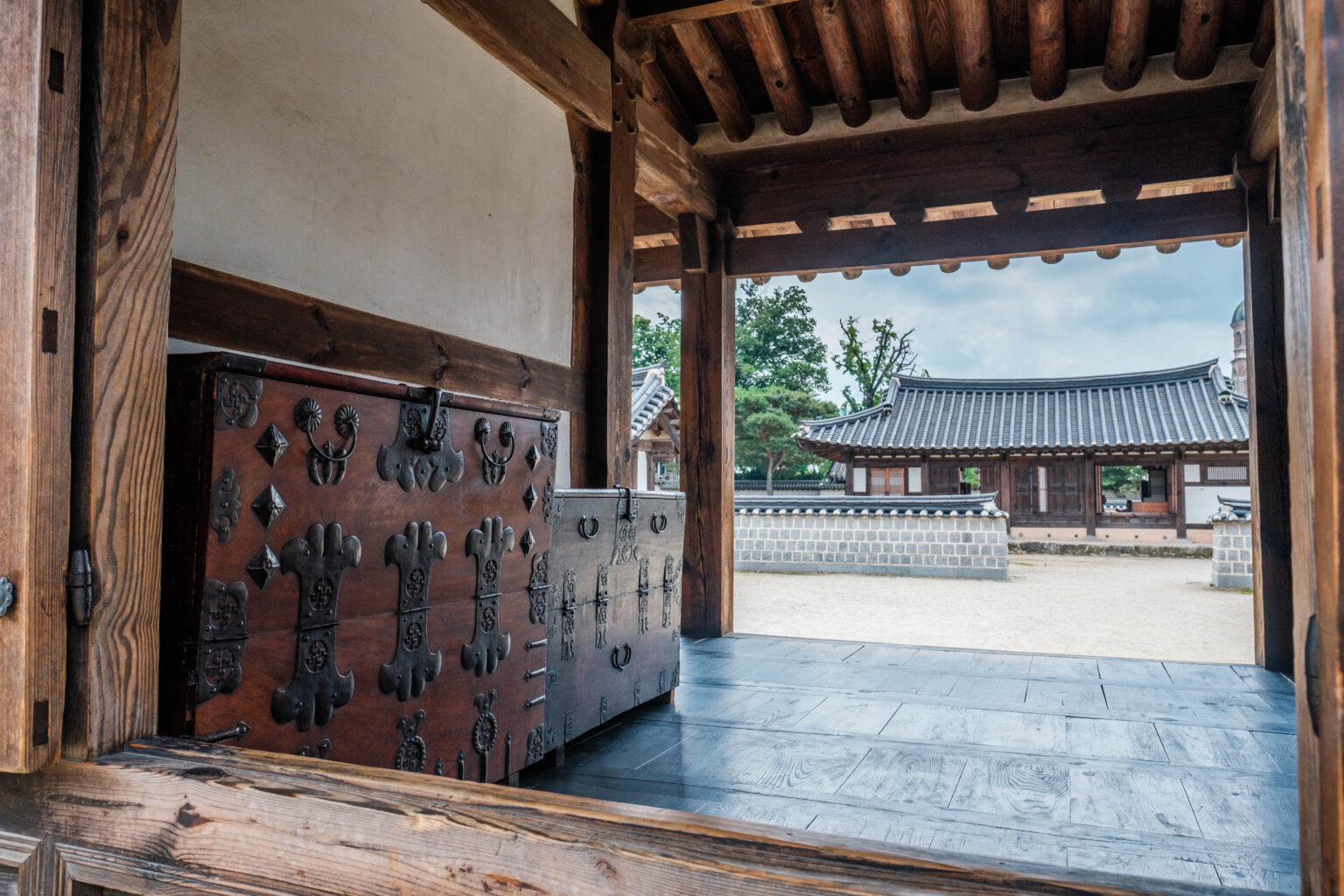 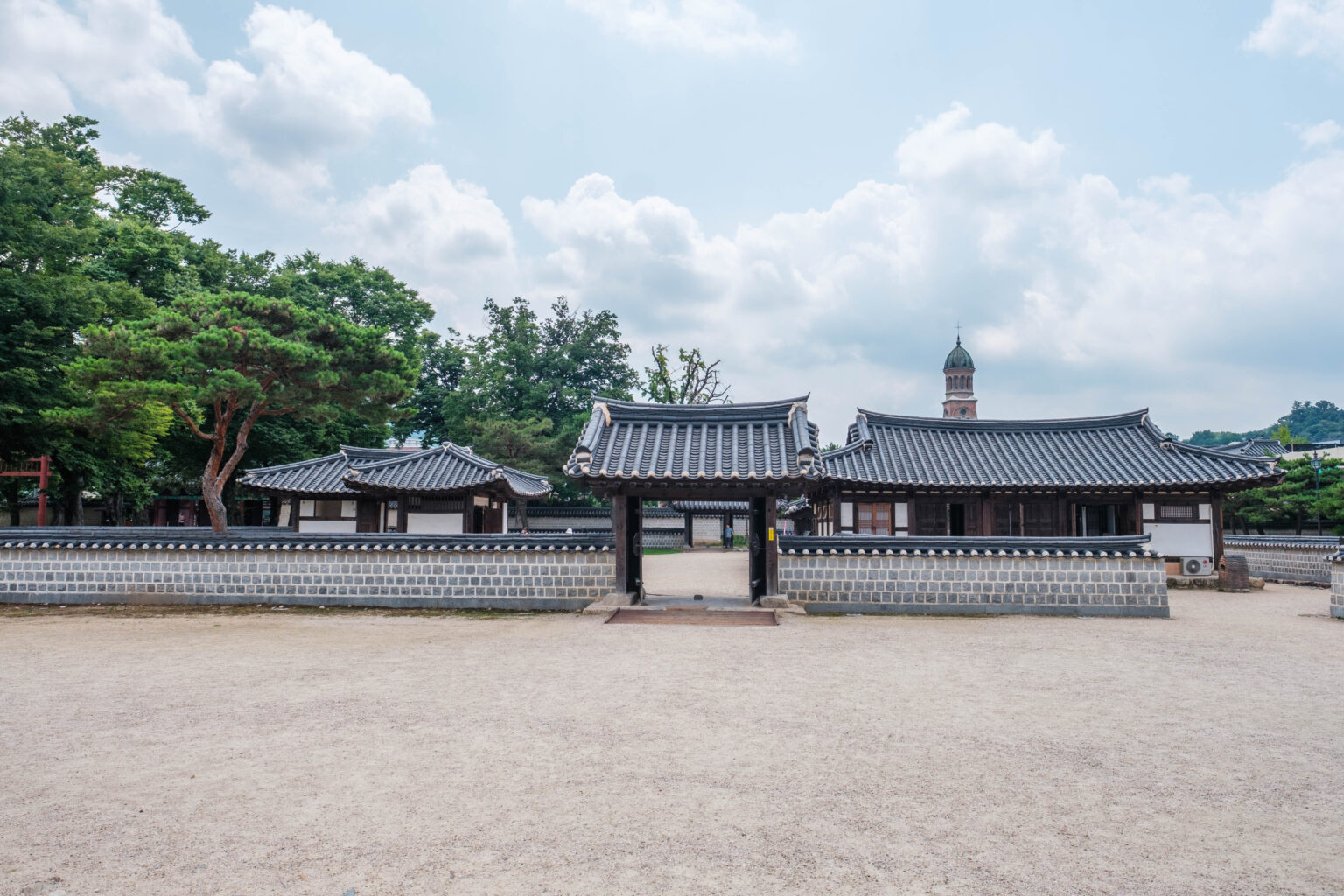 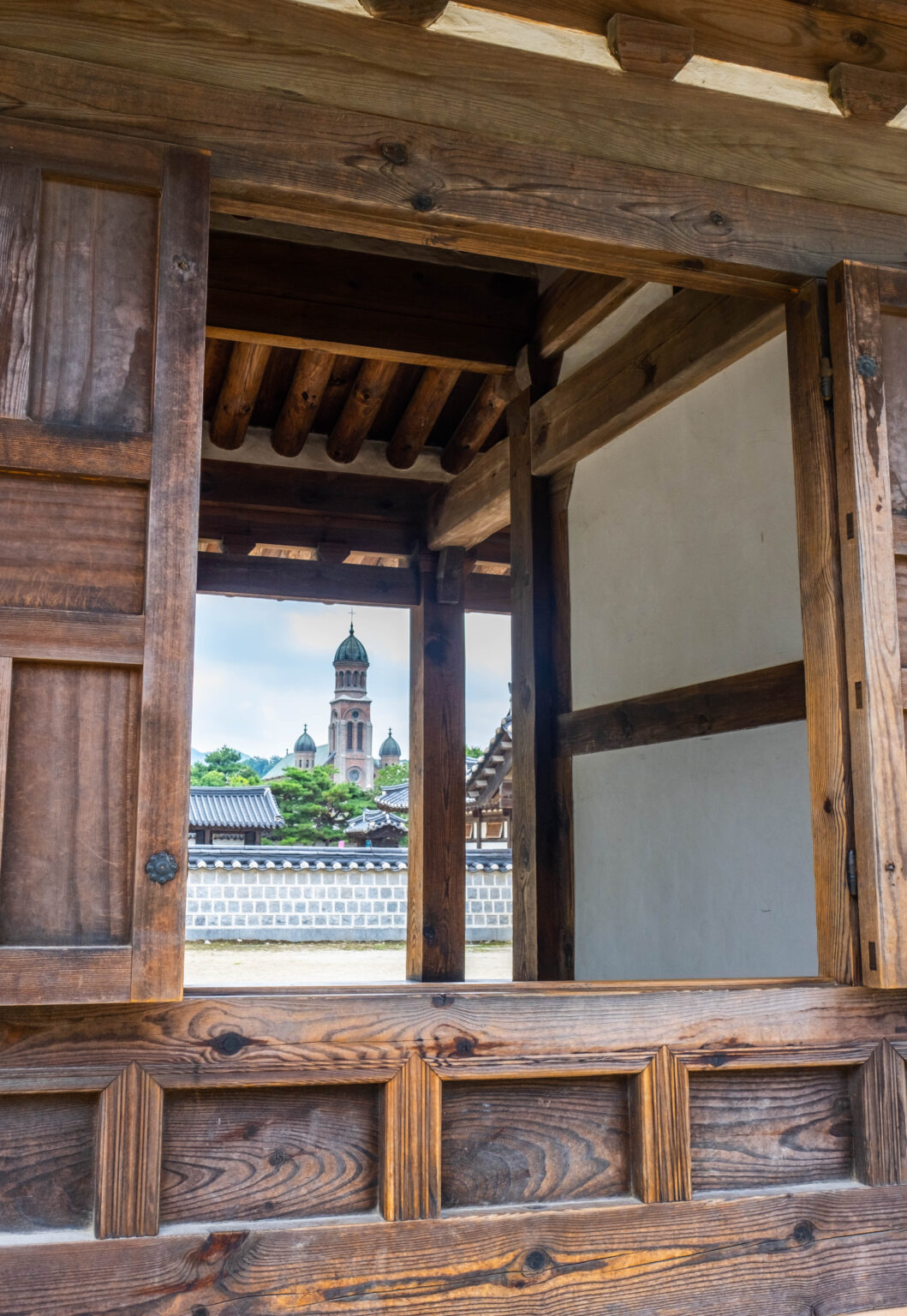 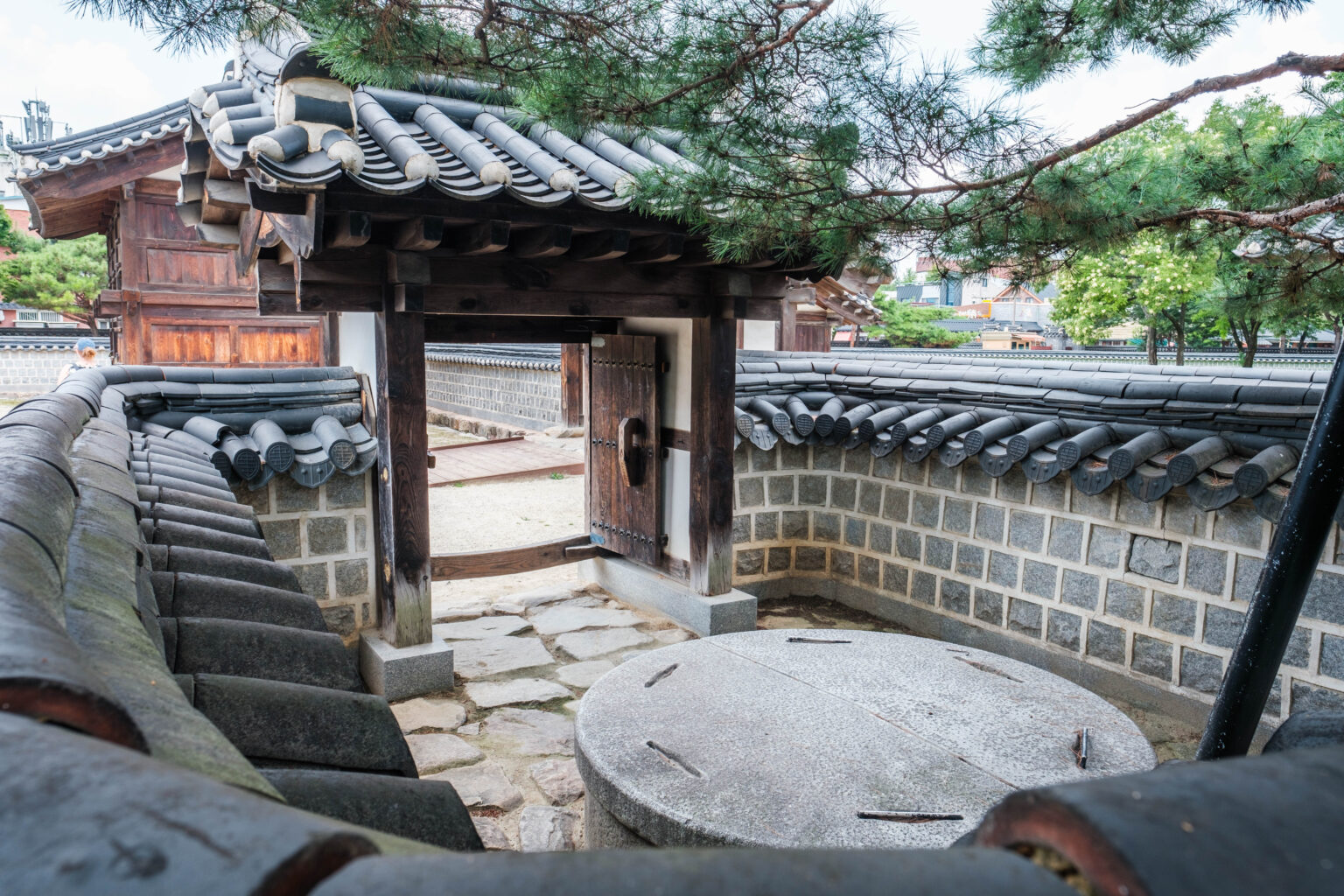 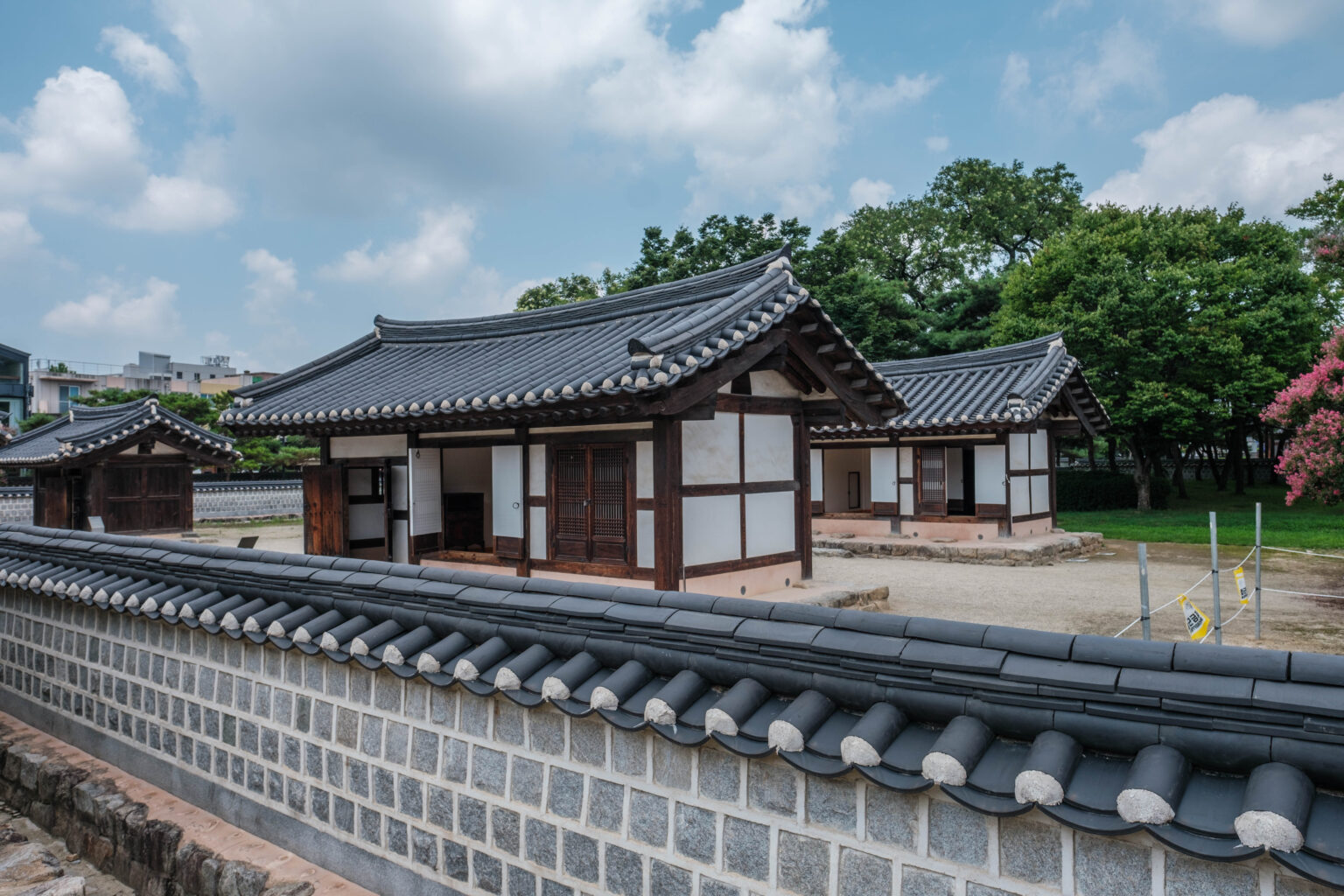 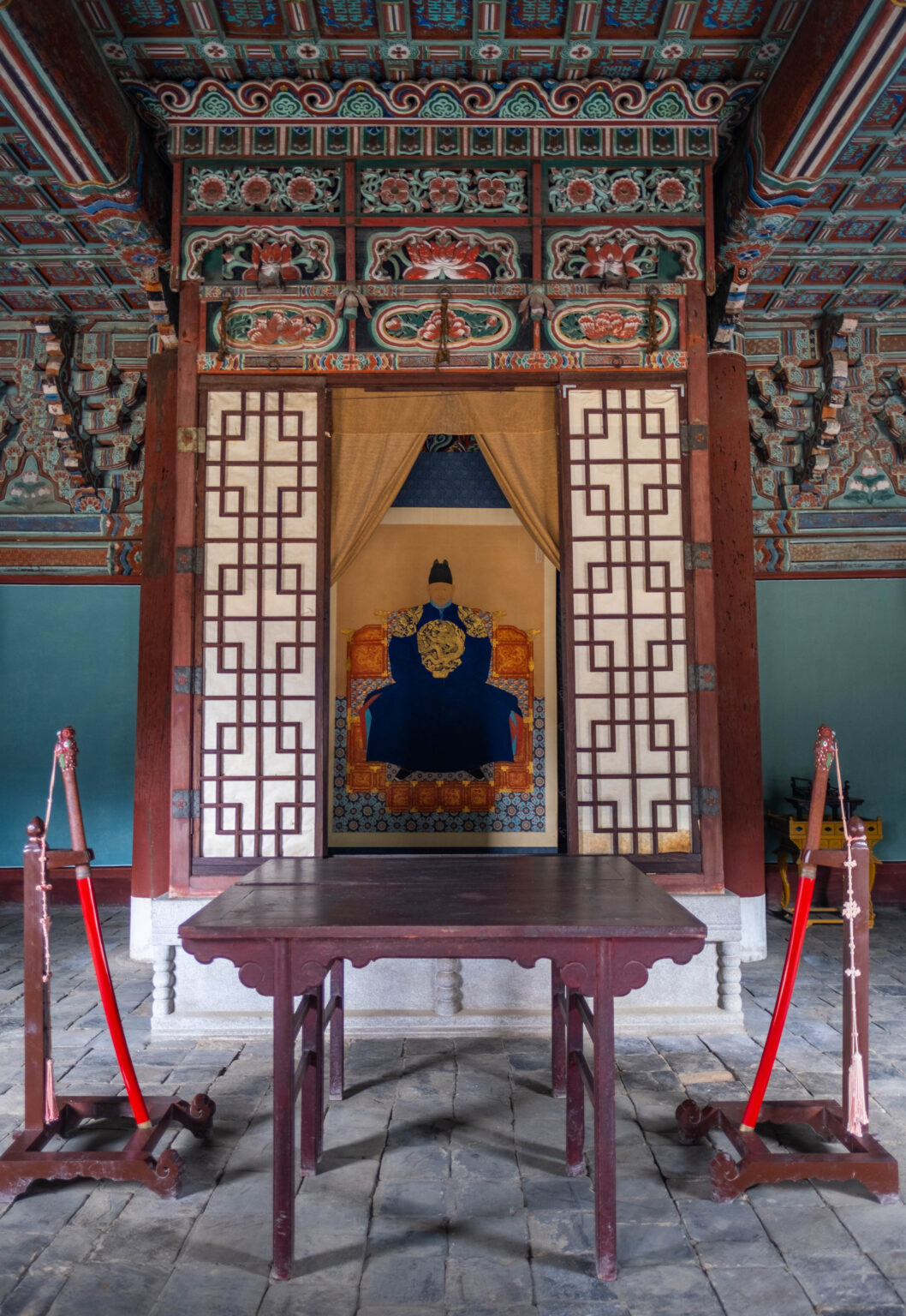 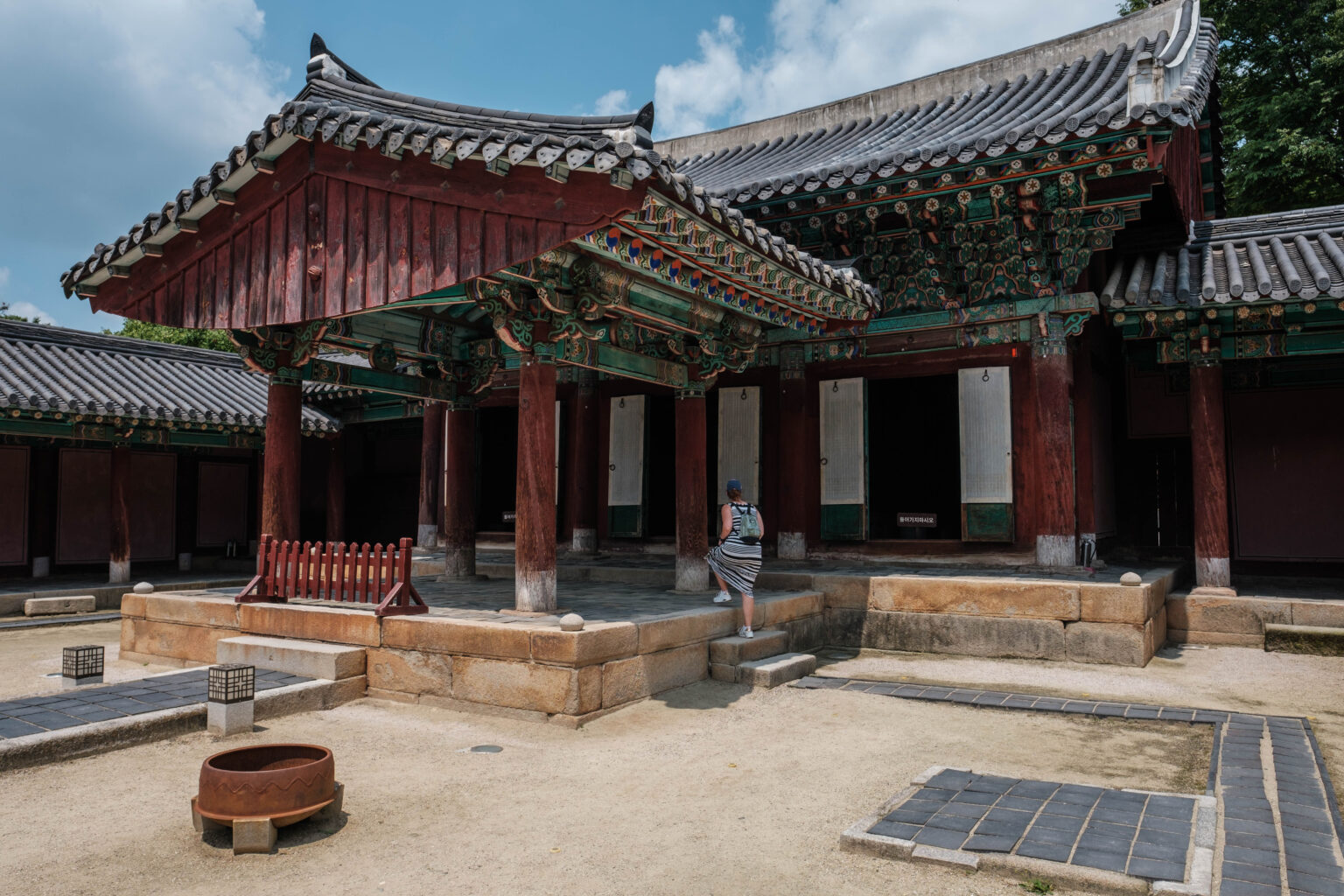 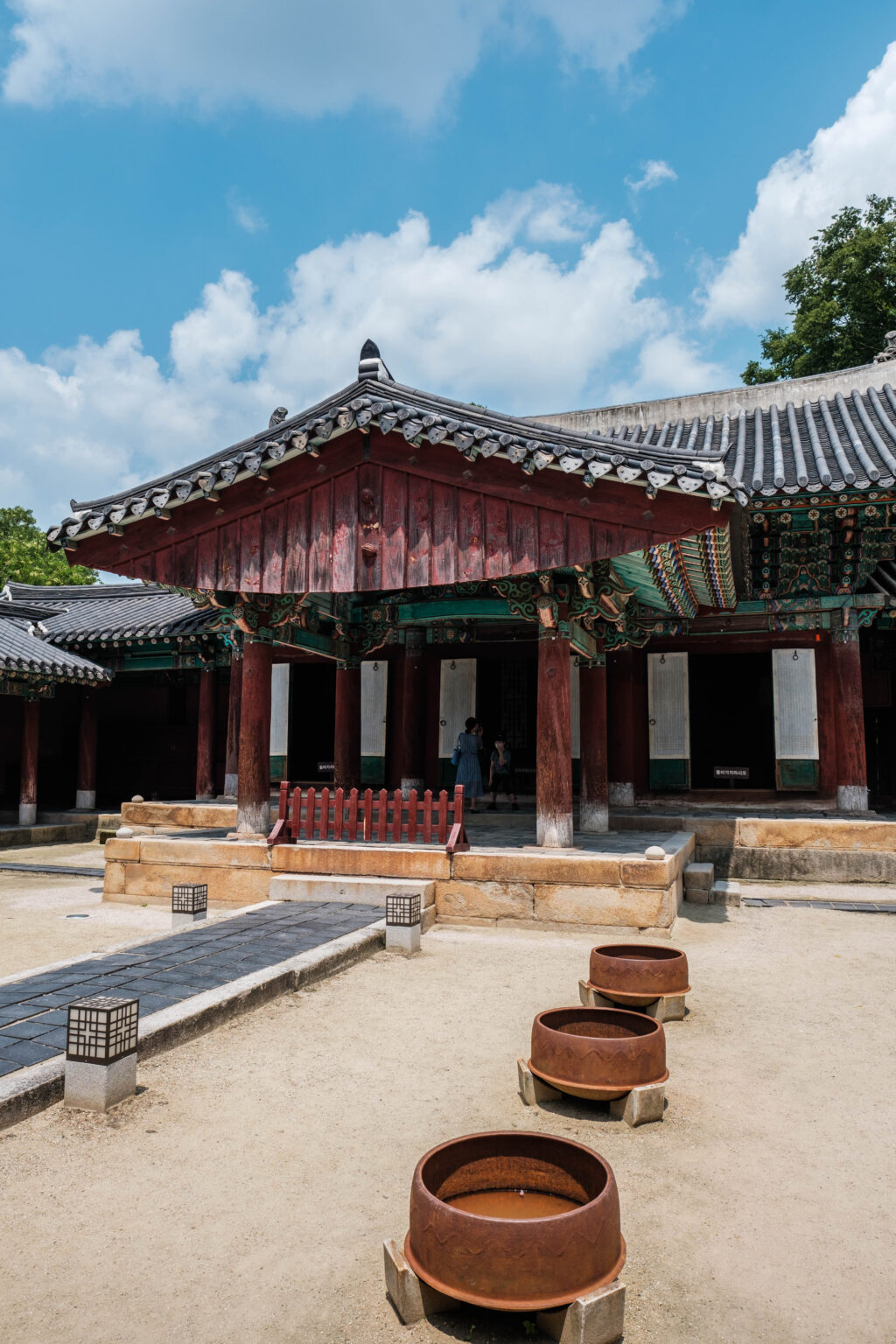 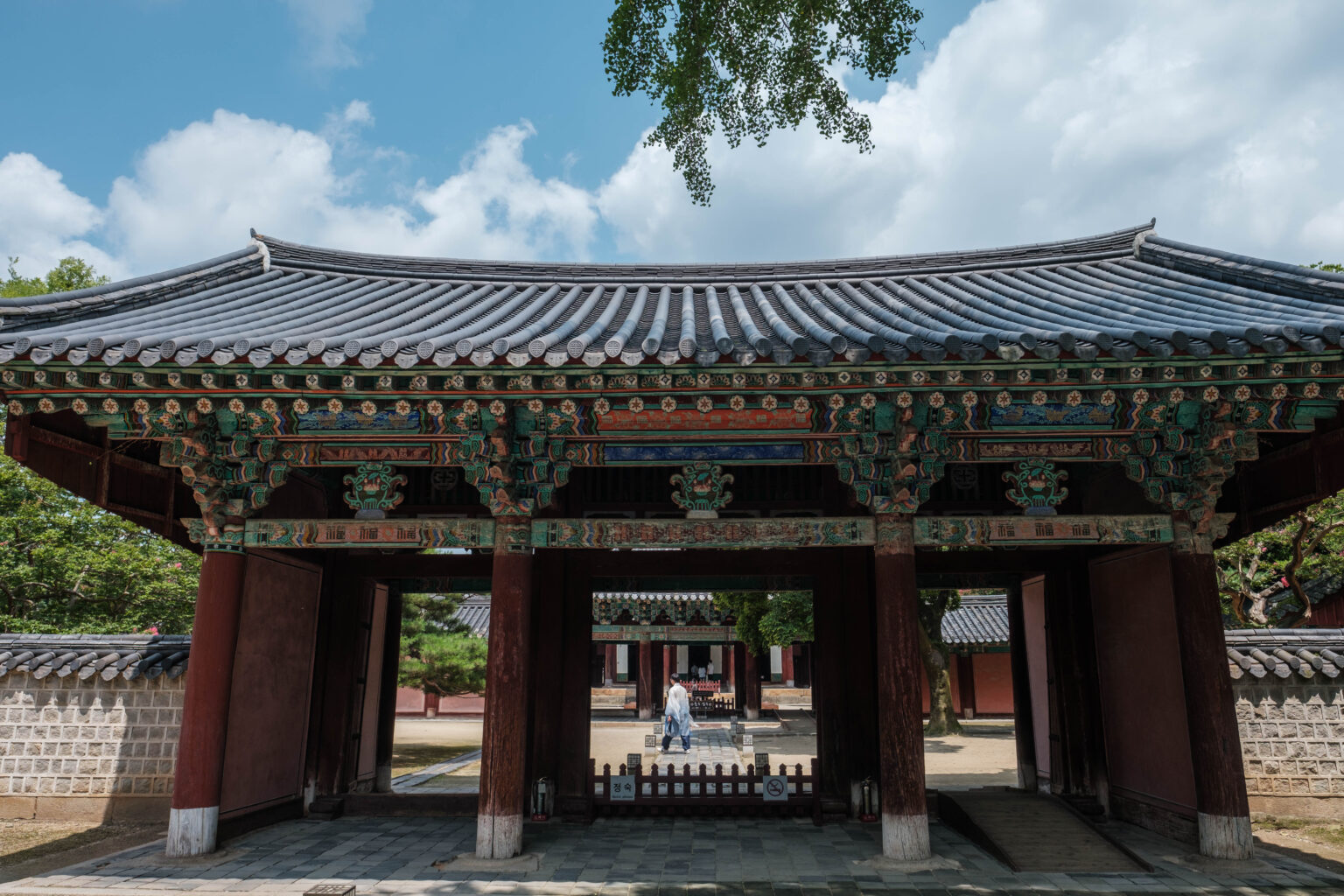 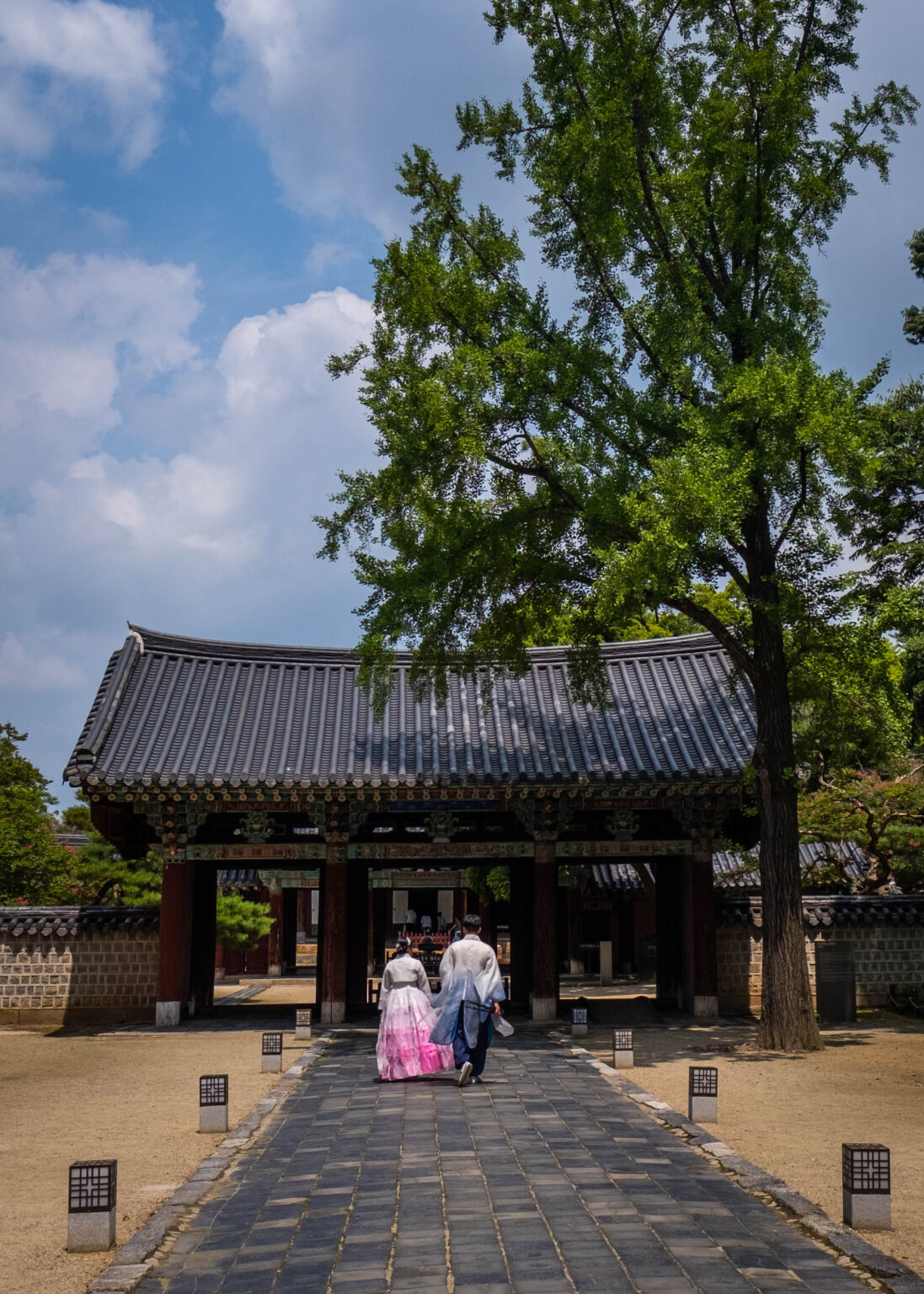 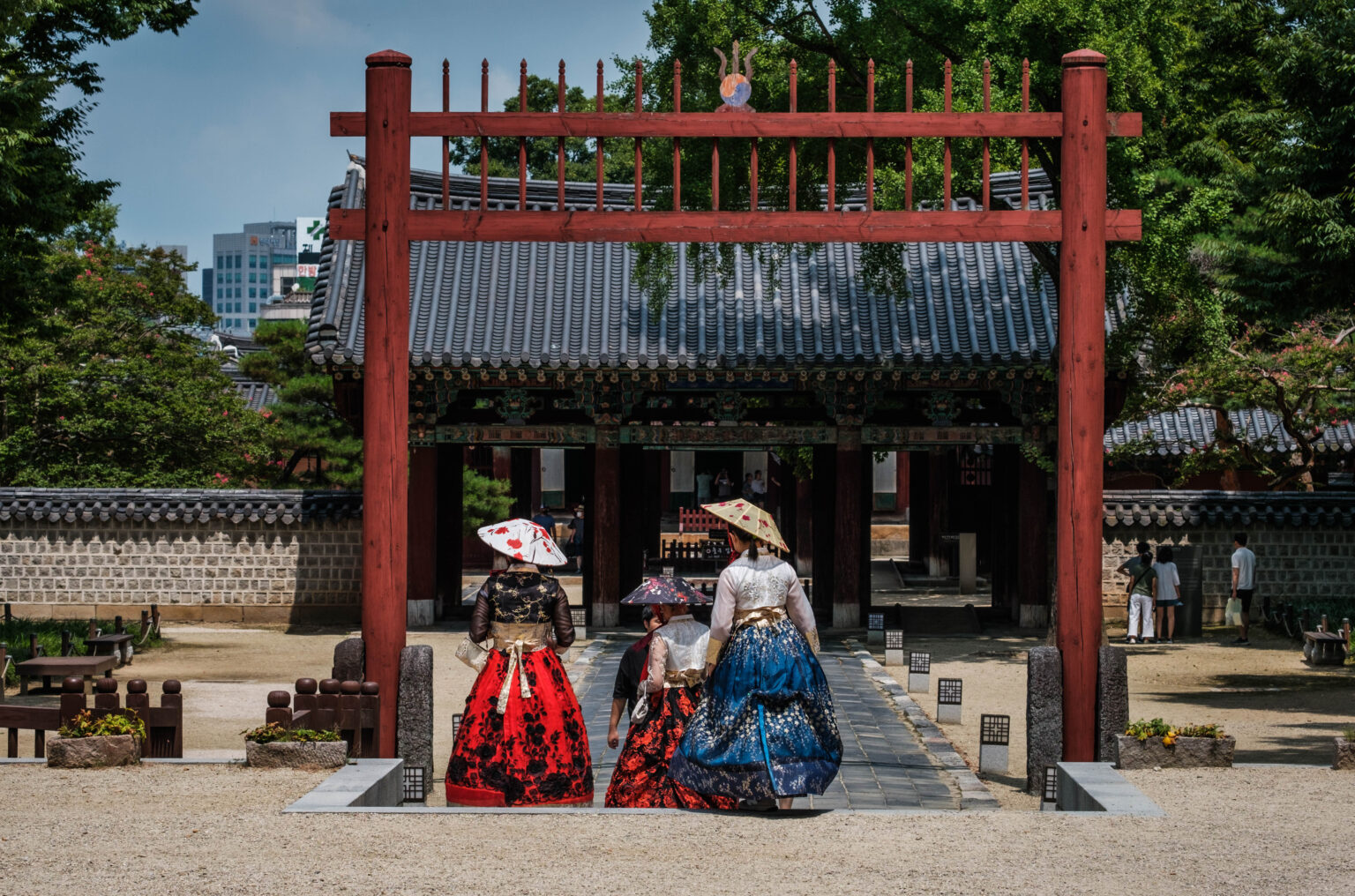 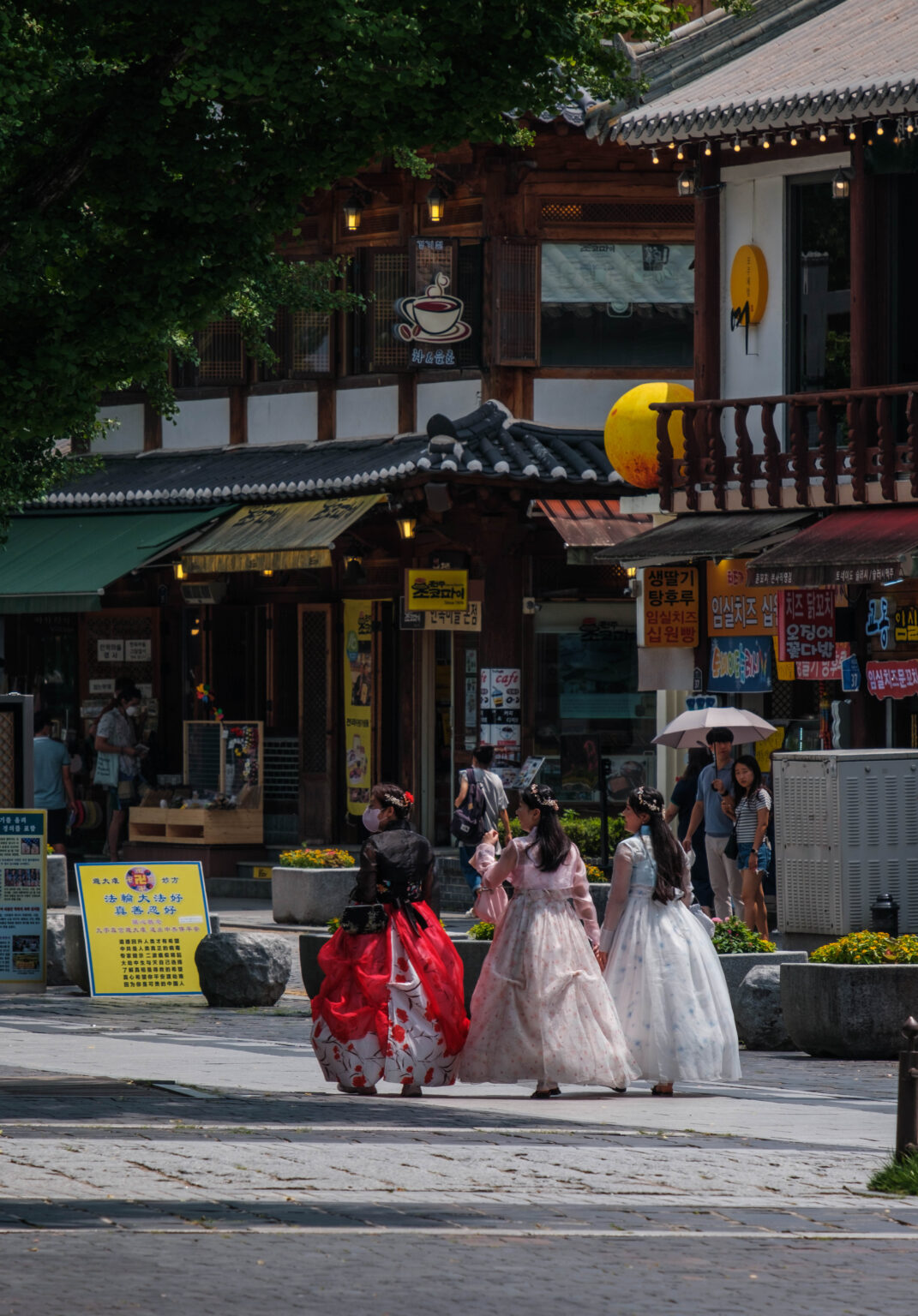 We took the train back to Seoul and spent a few days there. We went for a little shopping spree in Myeong-dong and we went to eat in one of our favourite restaurants in Mapo-gu.

After that we had to take the metro from Hongik University station to Incheon Terminal 1. The ride took about an hour, but we had the time. On the airport we had two and a half hours to catch our flight. We had some time to spare, but we advise anyone departing from Incheon to arrive on time, because the airport is big and getting to your gate will take time.

The flight with Jinair was very basic. It was a small plane. Sitting in that plane for six hours, we needed something to do. Our flight went early in the morning and we slept a lot, but we also had our Nintendo’s to keep us busy.

We really like South-Korea and we want to get back someday. For now Thailand is our next destination. If you want to see and read more about South-Korea. Click here DMZ. 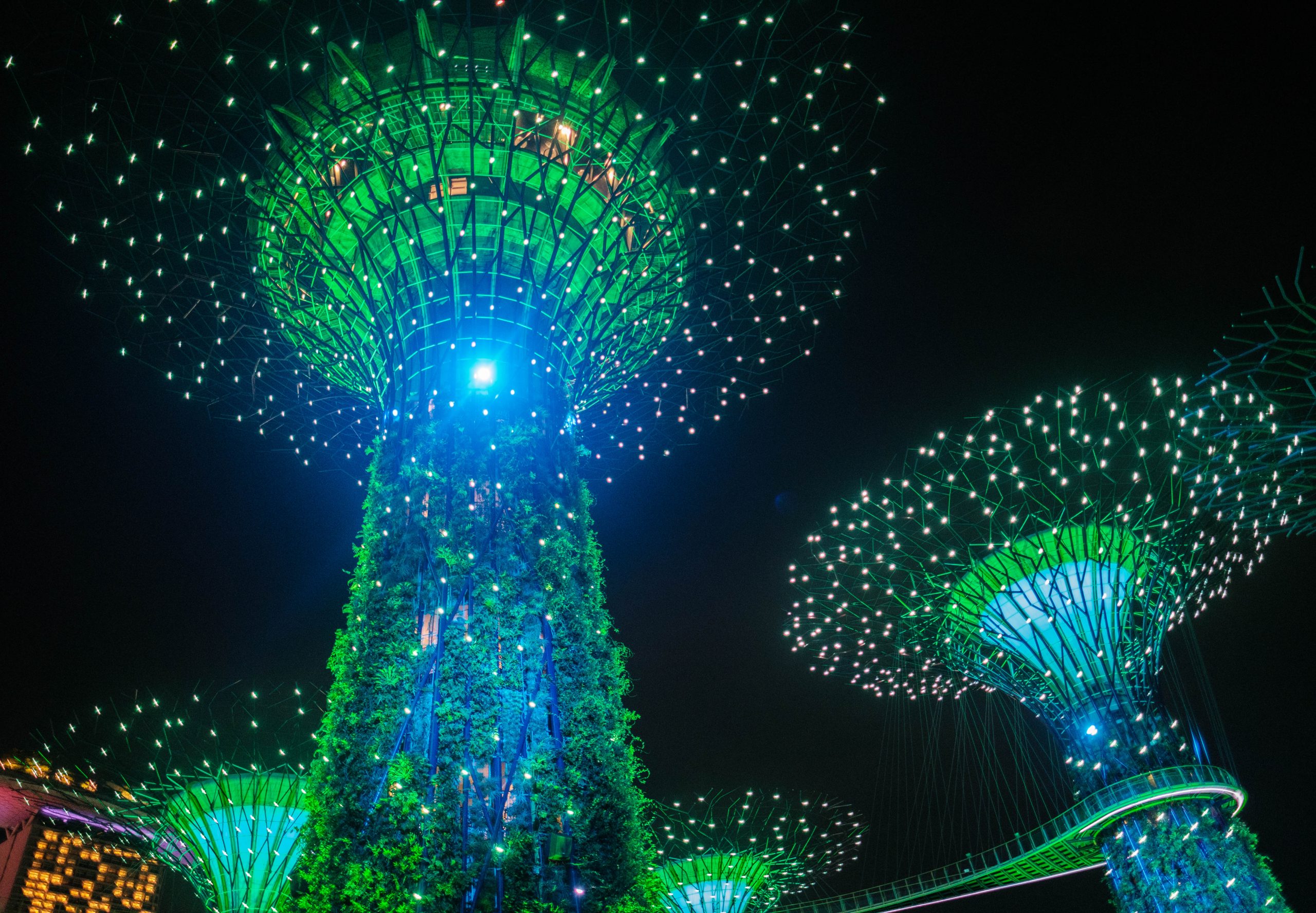 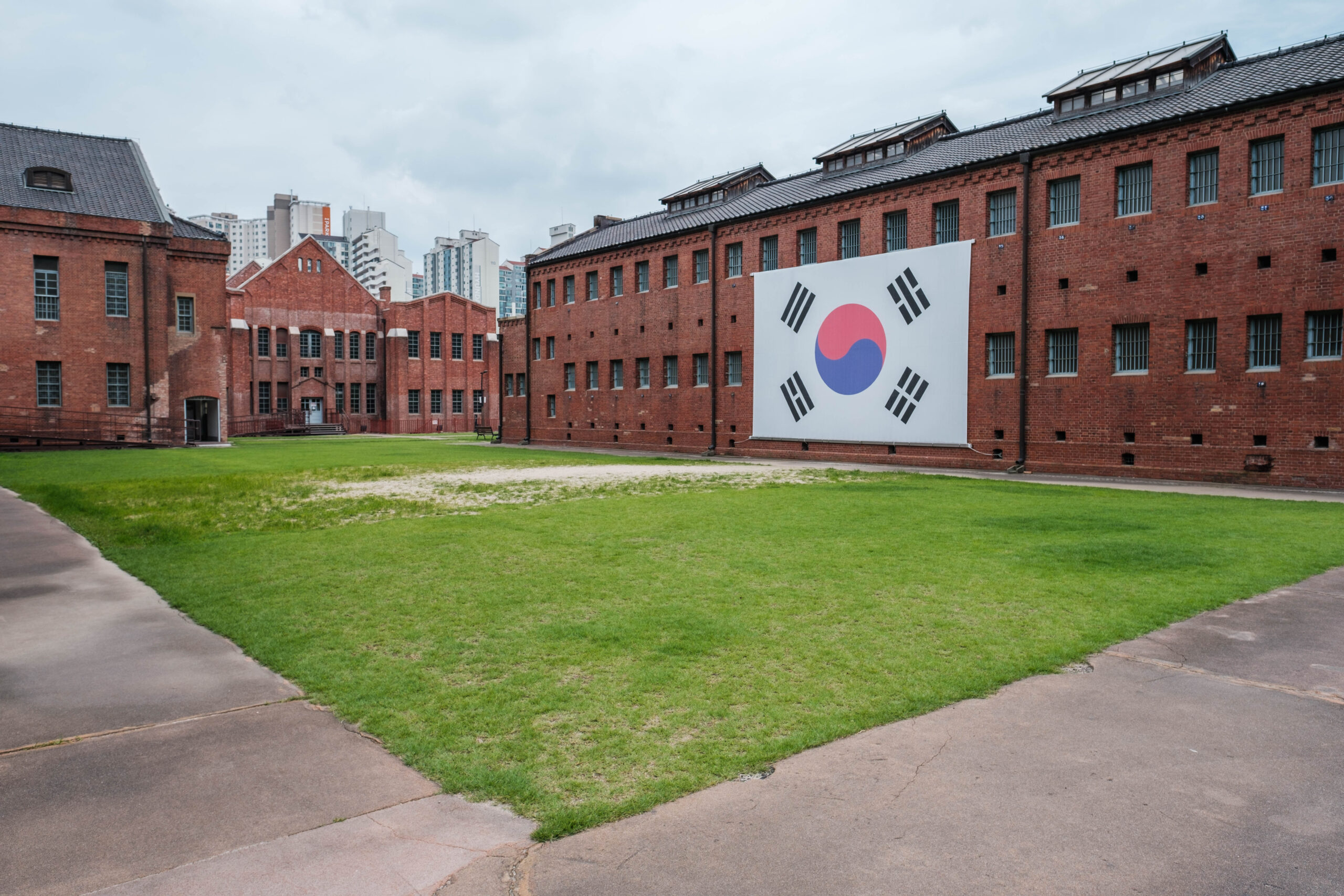 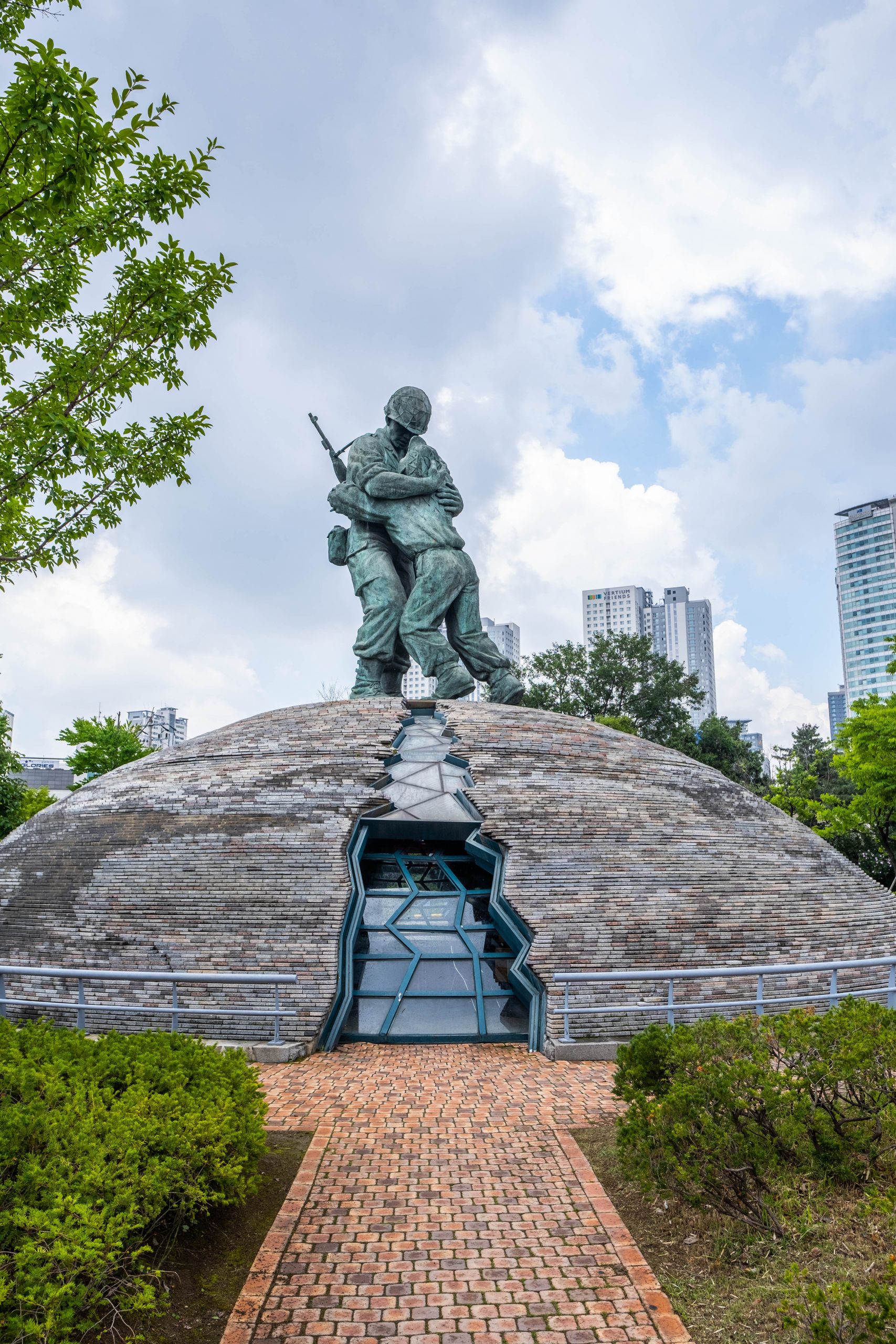